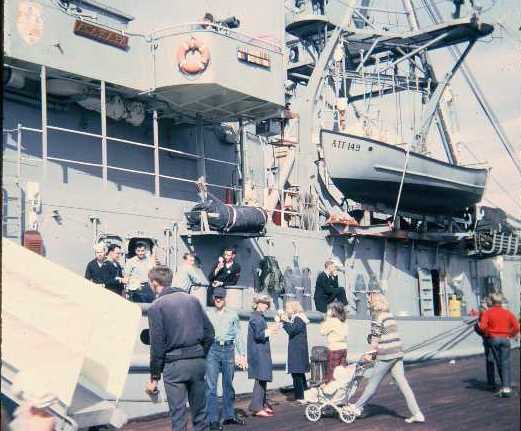 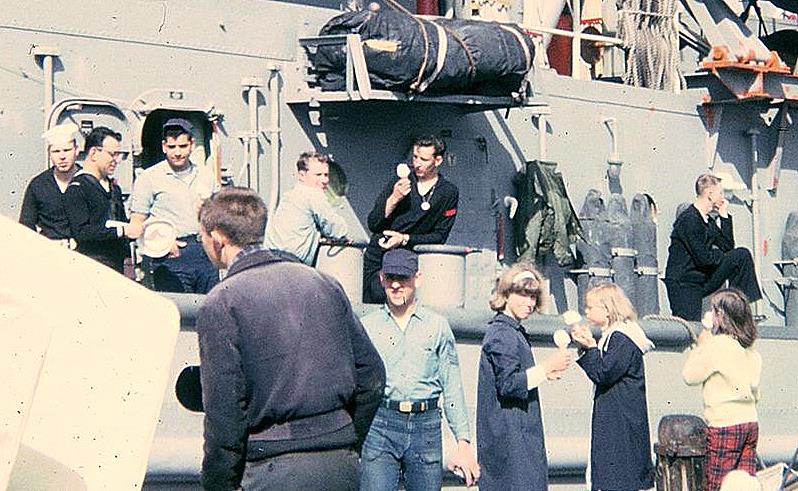 I was looking at the Atakapa website this morning and noticed in the first two photos in the Bodo (pronounced Boda) display that Paul Kidd was leaning on the bullards wearing blues. I gave many of the tours to the people there in Bodo. Very few people in Bodo spoke any English. The two girls wearing long dark coats and eating ice cream, came on almost every tour. They never said a word. Just smiled and listened very intently to every word I said. After several tours over a period of days, they were sitting on the pier waiting for the next tour. I was passing by and greeted them with a compliment. The eldest girl gave a reply in ENGLISH. The accent was unmistakanly American...... I asked her where she was from and the younger one gave the older girl a stern look. They were from the states and their father was a diplomat or representative from the embassy. They were taking the tours because, like us, we were the only one who spoke English and it was nice for them to hear.
I continued to give them tours, they continued to be silent, but our smiles were warmer.

I believe the guy in dress blues with glasses is DiNicola who was
the cook when I arrived. Not sure on the spelling of his name.

Also, the picture reveals why we were so popular with the kids
ICE CREAM! 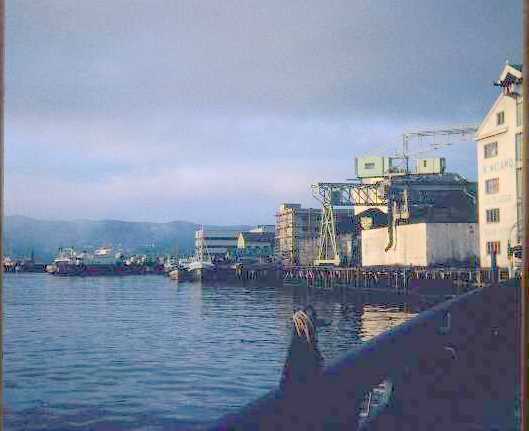 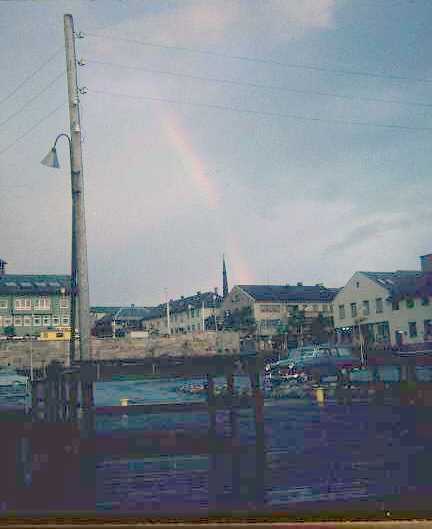 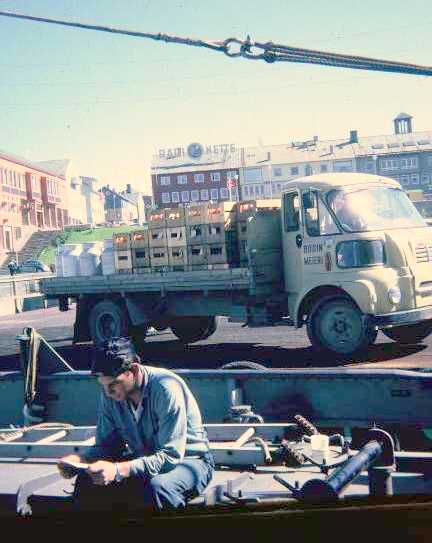 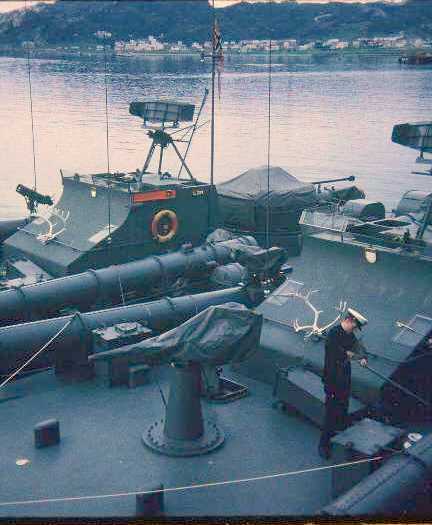 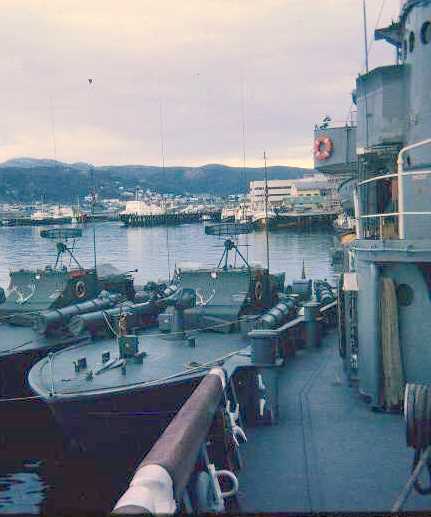 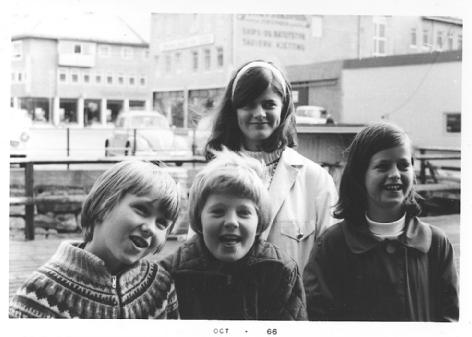 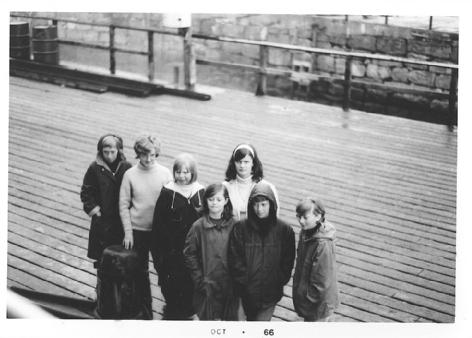 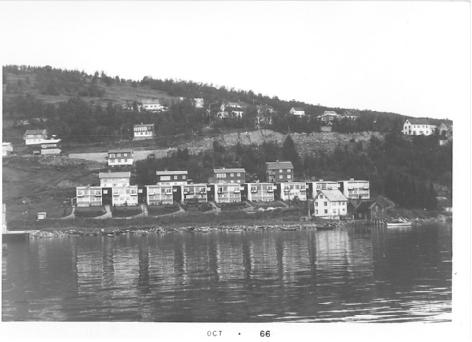 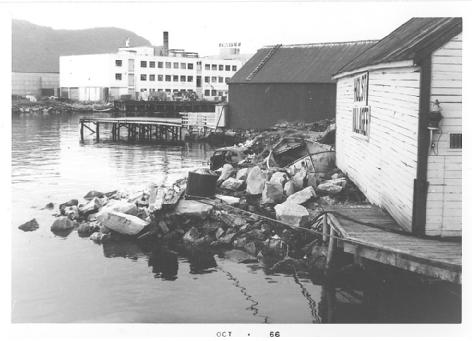 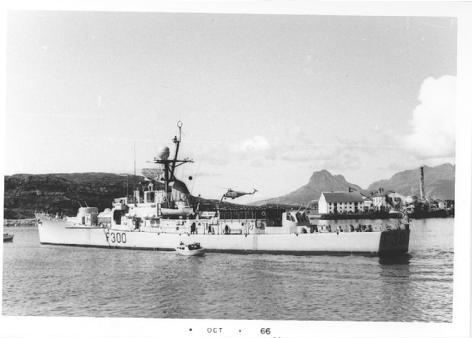